“Indigenous governance is critical to strengthening the framework of truth and reconciliation in Canada. The NCTR strives to ensure Canada does not forget the voices of Survivors and their stories which were long suppressed by the residential school system. The Governing Circle members each have been shaped and guided by their Indigenous cultures, values, belief systems and protocols, and all are committed to furthering the work of the NCTR.” ~ Cynthia Wesley-Esquimaux, Chair on Truth and Reconciliation at Lakehead University 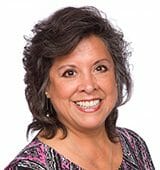 Dr. Cynthia Wesley-Esquimaux served as Vice Provost for Aboriginal Initiatives at Lakehead University for three years, and effective September 2016 was appointed as the 1st Indigenous Chair for Truth and Reconciliation in Canada and continues to develop pathways forward to reconciliation in Canada.

She is a member and resident of the Chippewa of Georgina Island First Nation in Ontario and has dedicated her life to building bridges of understanding between peoples. She sees endless merit in bringing people from diverse cultures, ages, and backgrounds together to engage in practical dialogue and applied research initiatives. She remains deeply committed to public education and active youth engagement from all cultures and backgrounds. 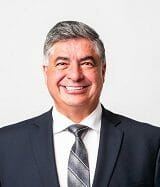 Andrew has Bachelor of Arts degree, a Business Administration Diploma. He is a Registered Professional Trainer and a Certified Human…

Andrew has Bachelor of Arts degree, a Business Administration Diploma. He is a Registered Professional Trainer and a Certified Human Resource Practitioner.

Andrew completed 30 years of service with the Province of Manitoba and is currently serving his fifth term in office with the Manitoba Metis Federation.

Andrew has served the Manitoba Metis Federation for the past 20 years as a Regional Director and in 2018 is the newest elected Vice-President for the Winnipeg Region.

Additionally, Andrew was appointed in 2010 as Chairperson to The Indigenous Leadership Development Institute – Board of Directors, founding member of the World Indigenous Business Forum. Andrew was appointed in 2016 by the Metis National Council as the Metis representative on The Centre for Truth and Reconciliation – Governing Circle. Andrew is a survivor of childhood trauma while attending a Catholic Day School. 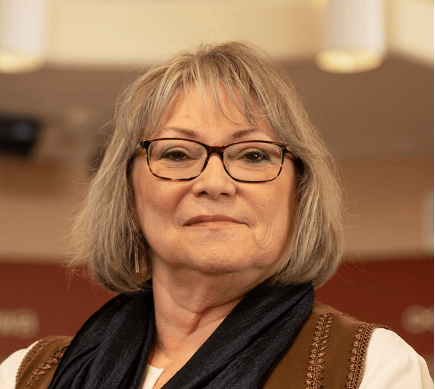 Dr. Catherine L. Cook, MD, MSc, CCFP, FCFP is Métis and grew up in northern Manitoba. She received her undergraduate…

Dr. Catherine L. Cook, MD, MSc, CCFP, FCFP is Métis and grew up in northern Manitoba. She received her undergraduate and postgraduate medical education at UM (MD/87, MSc/03) and has been employed by the university since 1987. She is an associate professor in the department of community health sciences, Rady Faculty of Health Sciences. She most recently served as head of Ongomiizwin – Indigenous Institute of Health and Healing and vice-dean, Indigenous health, Rady Faculty of Health Sciences. She also was provincial lead, Indigenous health at Shared Health until taking on the role of Vice-President (Indigenous) full-time in April 2020.

Dr. Cook has focused on Indigenous health as a priority in her career. She practiced as a family physician in remote northern nursing stations for several years before focusing on public health practice, and more recently health administration and management. She has taken a leadership and operational role in the development and implementation of Indigenous health programs and services that focus on addressing the gaps and barriers to equitable access of quality health care for Indigenous people in Manitoba. At Shared Health, Dr. Cook co-chaired the development of an Indigenous partnership strategy framework and the development of a health-care system that recognizes and addresses the need for comprehensive quality health care for Indigenous people as close to home as possible. At the university, Dr. Cook took a leadership role in the creation of Ongomiizwin – the Indigenous Institute of Health and Healing in the Rady Faculty of Health Sciences, officially approved by Senate in 2017.

Dr. Cook serves on several national boards and committees and has received many national and local awards, including the Dr. Thomas Dignan Award for Indigenous Health from the Royal College of Physicians and Surgeons of Canada, the WXN Top 100 Women in Canada in 2017, the Health Administration Award from Doctors Manitoba and the May Cohen Award from the Association of Faculties of Medicine of Canada.

Dr. Cook has been a strong contributor to the University of Manitoba, both within her home faculty and across the university. Her insight has been widely sought after by governments, boards and agencies, and she has excelled as a leader, an advisor and a collaborator. She brings this stellar record to this new and important role, as well as her deep commitment both to the community and to the University of Manitoba. 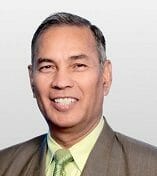 Distinguished Professor Dr. Digvir S. Jayas was educated at the G.B. Pant University of Agriculture and Technology in Pantnagar, India;…

Distinguished Professor Dr. Digvir S. Jayas was educated at the G.B. Pant University of Agriculture and Technology in Pantnagar, India; the University of Manitoba; and the University of Saskatchewan. Before assuming the position of Vice-President (Research and International), he held the position of Vice-President (Research) for two years and Associate Vice-President (Research) for eight years. He is a Registered Professional Engineer and a Registered Professional Agrologist. Dr. Jayas is a former Tier I (Senior) Canada Research Chair in Stored-Grain Ecosystems. He has authored or co-authored over 900 technical articles in scientific journals, conference proceedings and books and has had significant impact on research collaborations internationally. Dr. Jayas has received awards from several organizations in recognition of his research and professional contributions, and serves on boards and committees of many organizations. 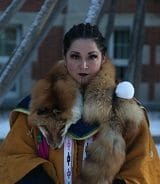 Crystal Gail Fraser is Gwichyà Gwich’in and originally from Inuvik and Dachan Choo Gę̀hnjik in the Northwest Territories. Her PhD…

Crystal Gail Fraser is Gwichyà Gwich’in and originally from Inuvik and Dachan Choo Gę̀hnjik in the Northwest Territories. Her PhD research focused on the history of student experiences at Indian Residential Schools in the Inuvik Region between 1959 and 1996. Crystal’s work makes a strong contribution to how scholars engage with Indigenous research methodologies and theoretical concepts, our understanding of Indigenous histories during the second half of the twentieth century, and how northern Canada was unique in relation to the rest of the settler nation. Dr. Crystal Fraser was awarded the 2020 John Bullen Prize by the Canadian Historical Association for her thesis, titled T’aih k’ìighe’ tth’aih zhit dìidìch’ùh or By Strength We Are Still Here. The prize honours the outstanding PhD thesis on a historical topic submitted in a Canadian university. 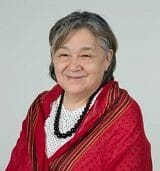 Levinia Brown is an Inuit Survivor from Rankin Inlet. In 1978, Levinia Brown received her certification as a Northwest Territories…

Levinia Brown is an Inuit Survivor from Rankin Inlet.

In 1978, Levinia Brown received her certification as a Northwest Territories Classroom Assistant and was instrumental in establishing an eastern board program (EATEP) in Iqaluit, and in 1980 she became the first chairperson of the Keewatin Regional Education Authority. After serving as an information officer, chairperson of the local housing authority, and deputy mayor, Levinia Brown became the first woman mayor of Rankin Inlet.

Dedicating her life to the development and promotion of community capacity building for health and social services, she projects a positive outlook on life. Her belief that life is a precious opportunity that should not be wasted is clearly expressed in her thirst for education, strength in leadership, and compassion for social issues.

Levinia Brown is married to Ron Brown. Together, they have 7 children and 3 custom adopted children.