Home/News and Events/News/NCTR News/NCTR Dialogues: Wellness for Survivors over the holidays 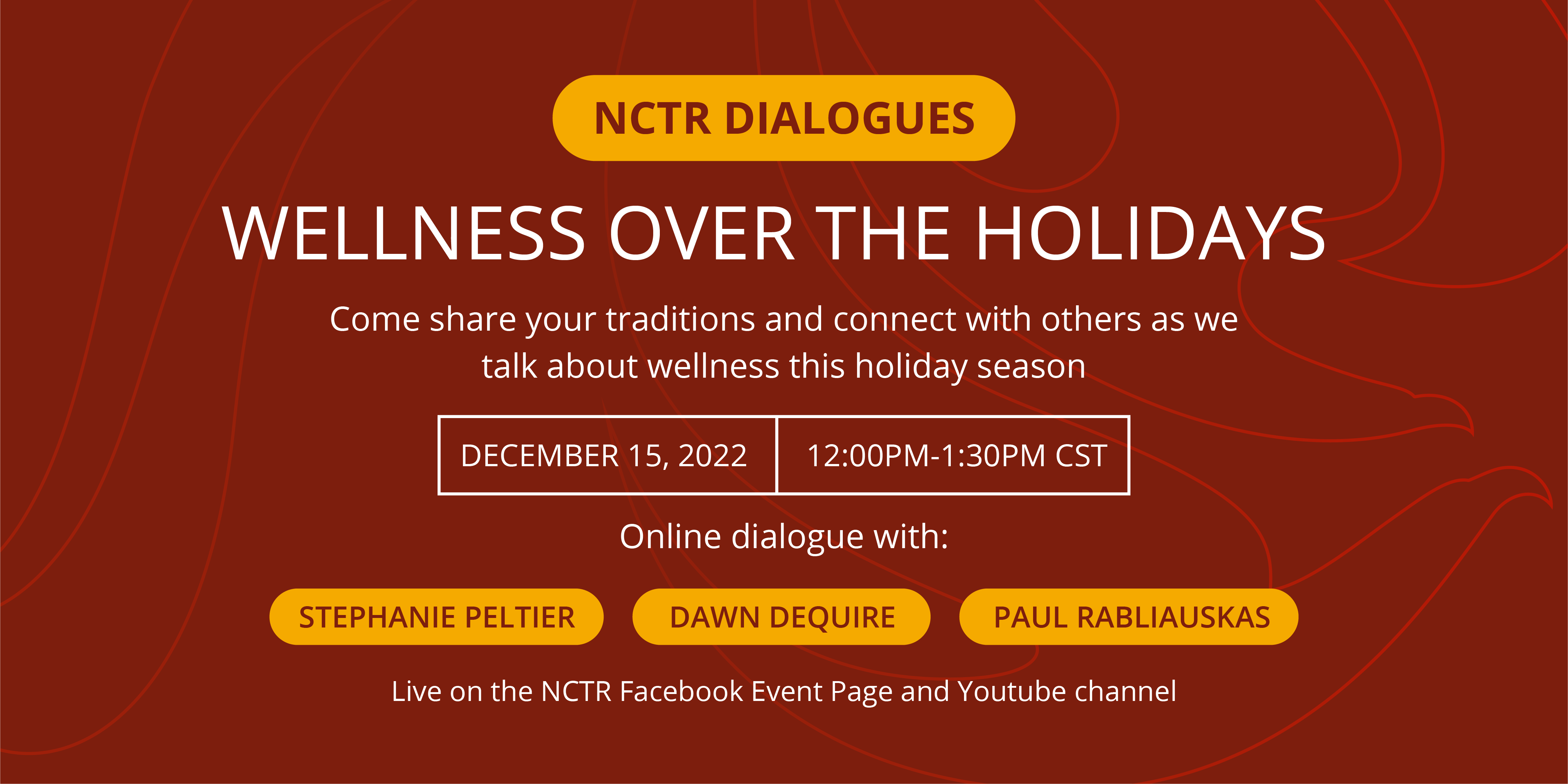 Wellness for Survivors over the holidays

Join our panellists for a dialogue on wellness and self care over the holiday season.

Stephanie Peltier is a water keeper and Indigenous advocate. She joins this dialogue to share her teachings on honouring those who have left this world before us. She will speak about feeding the spirits as a way to honour them and also touch on self-care, and ways to balance the mental, emotional, physical and spiritual spirit within us.

Dawn Deguire (Muskoday First Nation, SK) is passionate about bringing the healing powers of yoga to Indigenous communities, such as through community based therapy, student learning, daycares or other places and communities that would normally never experience the benefit of yoga. Dawn co-founded the Saskatchewan Indigenous Yoga Association, where she and her team train yoga instructors who then take their learnings back to their communities.

Paul Rabliauskas is a Canadian stand-up comedian of mixed Anishinaabe and Lithiuanian descent, and a member of the Poplar River First Nation. He is most noted as the writer, creator & star of the 2022 sitcom Acting Good which premiered on CTV Comedy Channel in October. Paul also has an accomplished comedy career and has featured on prominent comedy platforms such as the Just for Laughs festival, CBC Radio’s comedy debate series, The Debaters, and CBC Gem’s stand-up comedy web series, The New Wave of Standup. Having relocated from Winnipeg back to Poplar River to stay with his family during the COVID-19 pandemic, Paul created and hosts Paul Anishinaabemo (Paul Speaks Ojibwe), a podcast in which his mother teaches him the Ojibwe language.

Share your traditions, connect with others as we talk about wellness this holiday season.